Addiction, Lifestyle, And Respect For The Body – 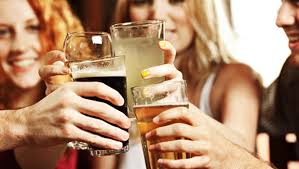 How Your Lifestyle Makes You Vulnerable To Addiction

Various kinds of addiction are on the rise in the USA. Alcoholism has had a sharp uptick over the last few years [1], and continues to increase at an alarming rate. Prescription opioid abuse is becoming an epidemic [2] , and it seems to be fueling a concurrent rise in heroin addiction [3]. Then there’s the controversial issue of sugar addiction, which appears to have well over half the entire population in its grip. Many ‘causes’ have been cited for the increase in unhealthy addictions, and there’s undoubtedly a lot of validity to these. Social problems, economic struggles, environmental factors, political strife – all of these undoubtedly have their part to play. However, one factor often gets overlooked: basic lifestyle. Though you’re unlikely to hear about it from mainstream sources, there is a lot of good evidence to suggest that an unhealthy lifestyle really can increase one’s risk of developing an addiction.

Let’s start with a quick look at how lifestyle affects mental health. It’s well established that an unhealthy lifestyle is associated with poor mental health [4]. While exercise, time spent outdoors, reduced ‘screentime’, and a nutritious diet are all credited with improvements in mental health, the lack of these can easily plunge people into the darkest depths of their minds. Sadly, there is a self-reinforcing element to all of this. For a start, our culture buys massively into the idea of ‘comfort food’, telling us repeatedly that overindulging in unhealthy snack is a worthy coping method when afflicted with low mood, negative thought cycles, and other such symptoms of poor mental health. For another, poor mental health often brings in its wake a lack of motivation, which prohibits many sufferers from exerting the kind of effort required to get outside, get exercising, and cook healthy meals. Chances are, therefore, if you’re suffering from lifestyle-influenced mental health problems, you’re either reinforcing these by ‘comfort eating’, or unable to summon the motivation to improve your lifestyle.

So far, so depressing (literally). However, it all gets much, much worse when you throw addiction into the mix. There is a strong link between poor mental health and substance abuse disorders [5]. This is particularly the case when people are accustomed to the idea of ‘self-medicating’. If you automatically try to improve your mood with unhealthy food when you’re feeling down, it’s not such a big step to reach for a bottle or a pill packet rather than a candy bar. Given that drugs actually will have a tangible short-term effect on mood, it’s unsurprising that those seriously suffering with poor mental health are susceptible to the ‘self-medicating’ effects of alcohol and drugs. Of course, longer term, these substances simply make things far, far worse – but people suffering intensely are more concerned with easing their condition in the present than in the long term consequences of their actions.

Let’s not leave self-perception out of the discussion. Unhealthy lifestyles often stem from or lead to unhealthy self-perception. Either a lack of fitness will render people with poor self-image, or a general lack of respect for the body encourages an unhealthy lifestyle. The less you care about yourself, and the less inclined you are to worry about the health of your body, the more likely you are to be a bit reckless with things like alcohol.

What Can Be Done?

It’s not all bad news. Vulnerability to addiction – and even addiction itself – can be significantly reversed with lifestyle changes. Anyone actively addicted to a substance should, of course, seek professional help [6] rather than attempting to turn things around purely via lifestyle changes, but making an effort to bring health and wellbeing to the fore in every aspect of one’s life can help the recovery process along enormously. Giving your brain a health boost via healthy eating and exercising will fortify it [7], and give it the strength it needs to kick unhealthy habits. Improved mental health via improved lifestyle will also reduce the recovering addict’s chances of relapsing. With any luck, it could also bring about a new respect for the body, and a subsequent reluctance to harm said body with substances.

Perhaps most importantly, encouraging healthy lifestyle choices in up-and-coming generations could save them from the addiction traps into which previous generations have fallen. While nobody is saying that lifestyle education and healthy eating could wipe out the world’s addiction problems, what it can do is set young people up with a lifestyle which promotes good mental [8] and physical health. This may, in turn, significantly reduce their risk of turning to drugs and alcohol – both because they don’t feel the need to self-medicate, and because they have a strong understanding of how what they put into their bodies affects them.

[2] Erin Fuchs, “The Dark Side Of America’s Rush Into Prescription Drugs Has Never Been More Obvious”, Business Insider, Oct 2013

[3] National Institute On Drug Abuse, “Prescription opioid use is a risk factor for heroin use”, Dec 2015