Full Article: The Addictive Brain:  All Roads Lead to Dopamine 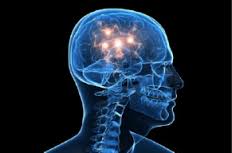 Currently throughout the neuroscience literature dopamine is considered both a “pleasure molecule” and an “anti stress molecule.” The role of dopamine in brain function has been fraught with controversy but is arguably very interesting and mind expanding (Blum et al. 2000).  There are many unanswered questions related to what makes us human and what drives our unique behaviors.  While many brain theories have focused on the role of brain size and genetic adaptations, Fred Previc (2009), explored the provocative concept of a “dopaminergic society.” According to Previc, the dopaminergic mind hypothesis seeks to explain the differences between modern humans and their hominid relatives by focusing on changes in dopamine. It theorizes that increased levels of dopamine were part of a general physiological adaptation due to an increased consumption of meat around two million years ago by homo habilis and later (beginning approximately 80,000 years ago) by dietary changes and other environmental and social factors. This theory is supported by recent discoveries about the seaside settlements of early man where evidence of dietary changes, like the inclusion of fish oils—known to increase dopamine receptors—could have further enhanced dopamine function (Kuperstein et al. 2005).

Previc’s theory is that the “high-dopamine” society is characterized by high intelligence, a sense of personal destiny, a religious/cosmic preoccupation, and an obses- sion with achieving goals and conquests. High levels of dopamine are proposed to underlie increased psychologi- cal disorders in industrialized societies. According to this hypothesis, a “dopaminergic society” is an extremely goal- oriented, fast-paced, and even manic society, “given that dopamine is known to increase activity levels, speed up our internal clocks and create a preference for novel over unchanging environments”(Previc 2009).

Although behavioral evidence and some indirect anatomical evidence like the enlargement of the dopamine- rich striatum in humans revealed by the work of S.I. Rapoport (1990) support a dopaminergic expansion in humans, according to M.A. Raghanti and associates (2008) there is still no direct evidence that dopamine levels are markedly higher in humans relative to apes. However, the recent discoveries about seaside settlements of early man may provide evidence of dietary changes consistent with this hypothesis.

There are a number of studies that report the posi- tive relationship between omega 3 fish oil and dopamine D2 receptor density. Specifically, decreased tissue levels of n-3 (omega-3) fatty acids, particularly docosahexaenoic acid (DHA), are implicated in the etiologies of nonpuer- peral and postpartum depression. Davis and colleagues (2010) examined the effects of a diet-induced loss of brain DHA content and concurrent reproductive status on dopaminergic parameters in adult female Long-Evans rats. Decreased brain DHA produced a significant main effect of decreased density of ventral striatal D(2)-like recep- tors. Virgin females with decreased DHA also exhibited higher density of D(1)-like receptors in the caudate nucleus than virgin females with normal DHA. These receptor alterations are similar to those found in several rodent mod- els of depression, and are consistent with the proposed hypodopaminergic basis for anhedonia and motivational deficits in depression.