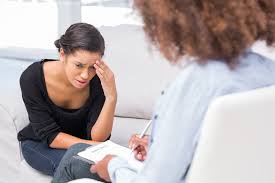 Suwanee, GA/May 25, 2016 – Nutritional Addiction Mitigation Eating & Drinking (NAMED), a nutritional program that works with addiction withdrawal announces that the tremendous success it is seeing working with therapists and other medical personal is leading it to seek medical personal to work with throughout the United States. Among the various mental illnesses that NAMED works with are ADHD, Anxiety, Autism, Bipolar Disorder, Depression, PTSD, Eating Disorders, Dementia/Alzheimer’s, Schizophrenia, Sex Addiction and Sleep Disorders (Almost the exact same list that NAMI works with). Working with medical professionals, NAMED provides specific menus for patients who are battling with a variety of addictions and mental illnesses. Additionally, the patients are able to email NAMED’s founder, Dr. Keith Kantor with questions regarding their nutritional menu, and are also able to refine their menus, and even speak with him if needed. This provides therapists and other medical professionals with a new tool to fight these diseases that are defined by the National Association on Mental Illness (NAMI) as a form of mental illness. This partnership with medical professionals, helps tens of thousands suffering from mental illness. The response to this offering has allowed NAMED to see phenomenal growth.

“We are very proud to be teaming up with therapists, counselors, psychologists and Psychiatrists in providing their personnel and patients with an added tool to combat these diseases that affect far too many Americans,” said Dr. Keith Kantor, founder of NAMED. “A proper diet, nutrition and reducing inflammation are strong weapons in treating the various diseases that fall under the category of mental illness.