The rise in marijuana use by moms 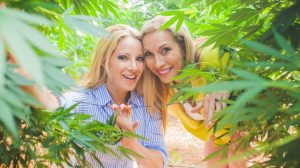 Over 50% of moms with teenage children are using marijuana. There are several theories behind this rise on mothers using marijuana, some of them are related to the legalization of marijuana in certain states, it has become much stronger and more potent then it was decades ago making it more addictive. Many moms use it recreationally to unwind like other moms drink wine but without understanding it’s addictive nature.

The Legalization in Some States

The legalization of marijuana in almost ten states was passed because the Drug Policy Alliance (DPA) believes marijuana should be removed from the criminal justice system and regulated like alcohol and tobacco. They believe that it promotes customer safety due to the fact marijuana product testing is becoming a standard requirement for legalized marijuana markets. This means consumers are better informed about the marijuana they use. It is tested for pesticides, potency, funguses and bacteria, reducing some problems for those who are using it with compromised immune systems.

Legalization Consequences with the Black Market

Legalizing marijuana at a state level has made the logistics of drug trafficking easier for cartels. People are driving, mailing, and flying marijuana from state to state, blurring the lines from the legal and illegal markets. The illicit exportation of cannabis must be stemmed as it undermines the spirit of the law and the integrity of the legal market.

This poses a major problem because the black market cartels are greedy and have found ways to distribute a highly addictive and potent version of marijuana.

Marijuana contains THC, or tetrahydrocannabinol, it is the chemical responsible for most of marijuana’s psychological effects and CBD, or cannabidiol an ingredient noted for its potential health benefits. The problem is the percentage of CBD is falling and THC is rising. THC, is known for the relaxing “high” which includes a mild case of the munchies and a good nights sleep, but the high potent level of THC that marijuana contains now can cause panic attacks, and even psychosis. This high potency product is also a higher price; this is the incentive for growers.

Marijuana mom is new terms that refer to a mom who regularly uses marijuana, just like those moms who regularly consume alcohol. This image is being publicized on social media and there are even groups of moms who throw marijuana edible parties. These moms claim that using marijuana is no different from drinking alcohol (wine specifically) and the biggest problem is not the marijuana, it is the judgment and old stigma that all marijuana users are dirty drug users.   Moms believe it helps them relax and deal with the new age pressures that moms have. Alcohol at one time was illegal and there was a major social stigma associated with it, now it is normal to have an occasional drink or two. The problem is using a substance and becoming addicted to it is dangerous and legal marijuana or alcohol is no exception. If your state has legalized marijuana and it is something you can occasionally use without addictive behaviors then it truly is no different from an occasional glass of wine to unwind. The problem is when the addiction occurs because of the potent amounts of THC and the opiate receptors are stimulated and your body has intense cravings to get high.

A few things a mom should keep in mind:

Everyone is different and responds to substances different. If you are stimulating your opiate receptors with any substance and it results in negative side effects and addictive behaviors then you should not be using that substance.