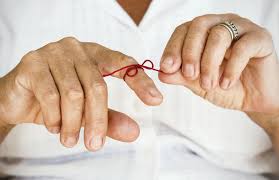 Alzheimer’s disease (AD) is a specific disease that causes dementia. It is a progressive brain disease. Alzheimer’s destroys brain cells, causing problems with memory, thinking and behavior severe enough to affect work, lifelong hobbies or social life. Alzheimer’s gets worse over time, and it is fatal. It is the most common form of dementia.

Alzheimer’s disease (AD), the most frequent cause of dementia, is a form of amyloidosis. It has been known for a century that dementia, brain atrophy and amyloidosis can be caused by chronic bacterial infections, namely by Treponema pallidum in the atrophic form of general paresis in syphilis. Bacteria and viruses are powerful stimulators of inflammation. It was suggested by Alois Alzheimer and his colleagues a century ago that microorganisms may be contributors in the generation of senile plaques in AD. (8)

Dementia is an impairment of thinking and memory that interferes with a person’s ability to do things which he or she previously was able to do. Dementia is a symptom much like pain is a symptom. Many different injuries and illnesses can cause pain – the same is true for dementia. When you go to the doctor because you hurt, you won’t be satisfied if the doctor diagnoses “pain” and sends you home. You want to know what is causing the pain, and how to treat it. “Dementia” simply means the symptom of a deterioration of intellectual abilities resulting from an unspecified disease or disorder of the brain.

Dementia is not a specific disease. It’s an overall term that describes a wide range of symptoms associated with a decline in memory or other thinking skills severe enough to reduce a person’s ability to perform everyday activity. Alzheimer’s disease (AD) accounts for 60 to 80 percent of cases. Vascular dementia, which occurs after a stroke, is the second most common dementia type. But there are many other conditions that can cause symptoms of dementia, including some that are reversible, such as thyroid problems and vitamin deficiencies.

Dementia is often incorrectly referred to as “senility” or “senile dementia,” which reflects the formerly widespread but incorrect belief that serious mental decline is a normal part of aging.

While scientists know Alzheimer’s disease (AD) involves progressive brain cell failure, the reason cells fail isn’t clear. Like other chronic conditions, experts believe that Alzheimer’s develops as a complex result of multiple factors rather than any one overriding cause.

The greatest risk factors for Alzheimer’s are:

Many people with early onset are in their 40s and 50s. They have families, careers or are even caregivers themselves when Alzheimer’s disease strikes. In the United States, it is estimated that approximately 200,000 people have early onset.

The discovery of additional risk factors through research will deepen our understanding of why Alzheimer’s develops in some people and not others.

Even slight blood sugar elevation raises the binding of glucose to protein. This process, known as glycation profoundly increases the production of inflammatory chemicals in the body and is the main reason we check the A1c blood test as it measures this process. (1)

There is a great deal of interest, in the relationship between cognitive decline and vascular conditions such as heart disease, stroke, and high blood pressure (3), as well as metabolic conditions such as diabetes (1) and obesity. (4,5)

What’s even more interesting is newer research indicating a strong relationship between peripheral inflammation (inflammation outside of the brain) and risk for developing dementia. (6) An innate immune response facilitating recovery from injury (7) and pathogenic invasion (8), is positively associated with age-related cognitive decline and may play a role in risk for dementia. The realization that pathogens can produce slowly progressive chronic diseases has opened new lines of research into Alzheimer’s disease.

Research is increasingly finding that not only are many cognitive disorders such as Alzheimer’s and other forms of dementia related to inflammation among brain tissues, but classic mental diseases such as schizophrenia and depression may also be connected to brain inflammation.

Recent research from Japan’s Kyushu University Medical School and Saga University have been revealing that many mental disorders are produced by inflammation involving the microglia cells of the brain.

The microglia are immune cells categorized as macrophages, but they are focused upon the health of the central nervous system — particularly the brain and spine. Microglia roam the neurons of these areas in search for toxins, intruders and possible infections.

When the microglia populations are damaged or otherwise altered, the brain and CNS becomes increasingly susceptible to mental disorders such as dementia, schizophrenia, depression and mental fatigue.

Others stimulate the repair of brain tissues.

Furthermore, their research has found that one of the central mechanisms of psychiatric drugs is that they reduce levels of these inflammatory factors — temporarily.

Like most pharmaceuticals, this temporary reduction of inflammatory factors does little to prevent or reduce the cause of the inflammation. Furthermore, by blocking inflammatory factors, the drugs work to interfere with the damage repair that is taking place, driven by the microglia immune cells. This is often the scenario for drugs that are focused upon the symptoms rather than the causes of a condition.

The cause of neuroinflammation, as shown in numerous dementia studies, relates to oxidative damage. Oxidation is produced through an imbalance between toxins that form oxidative radicals and those antioxidants that neutralize those radicals. When the system is not balanced, oxidation takes place, not only among tissues among the cardiovascular system, but also among brain tissues.

This of course is why recent research, such as a new French and Finnish INSERM study, has linked cognitive decline to increased obesity, diabetes and heart disease.

The study, led by Dr. Mika Kivimaki and associates from the French government’s investigative body, INSERM, studied 6,401 adults between 39 and 63 years old. They found that people who were obese and suffered from metabolic disorder (cardiovascular disease and/or diabetes) had more than a 22% greater cognitive decline than those who were of normal weight with no metabolic disorder.

It is rich in Omega 3 fatty acids, low in processed sugar, gluten free, optimal high quality proteins, dye free and chemical pure whole foods are recommended as much as possible.

Certain lifestyle trends and habits may contribute to the increase or decline of Dementia and Alzheimer’s symptoms.

Poor nutrition, infections, and substance abuse (including cigarette and alcohol use) may be contributing factors.

Regular exposure to toxins, such as dyes, chemicals, pollution can also affect brain health 2. Performing daily activities that challenge the brain will also help prevent and ward off the onset of Dementia and Alzheimer’s.

Consuming a balanced diet, rich in nutrients, is essential for preserving the health of one’s brain and metabolic systems. (12)

We all know that diet and nutrition play an integral part in our health. The plan recommends the below guidelines.

The seven guidelines to reduce risk of Alzheimer’s disease are:

To control the insulin levels, we like to recommend a ratio of 3 servings of vegetables to every 1 serving of fruit. Yes, fruit is healthy but large quantities can still raise blood sugar levels.

The darker the fruit (berries, grapes, etc. the lower the sugar content).

Note: Have your blood levels of vitamin B12 checked regularly, as many factors, including age, and poor gut flora balance impair absorption.

Other preventive measures, such as getting a minimum of seven hours of sleep each night and participating in 30 to 40 minutes of mental activity most days of the week, such as completing crossword puzzles, reading the newspaper, or learning a new language, can only help boost brain health. (15)

The recognition of the human microbiome (HM) as a substantial contributor to nutrition, health and disease is a relatively recent one, and currently, peer reviewed studies linking alterations in microbiota to the etiopathology of human diseases are few. Emerging studies indicate that the HM may contribute to the regulation of multiple neuro-chemical and neuro-metabolic pathways through a complex series of highly interactive and symbiotic host-microbiome signaling systems that mechanistically interconnect the gastrointestinal (GI) tract, skin, liver, and other organs with the central nervous system (CNS). Experts have concluded that healthy gut has a positive impact on management of brain related issues like dementia and Alzheimer’s.

Dementia/Alzheimer’s are one of several nervous system disorders related to cellular inflammation. This inflammation is controlled by the immune system. Essentially, you need your immune system to be in balance for good health.

Here are the top 5 simple steps anyone can use to help rebalance their gut bacteria.

This plan has implemented these concepts in addition to the anti-inflammation nutrition plans.  Food chemicals are not new, but years ago people were only exposed to them sporadically. Unfortunately, today’s population is exposed to harmful food chemicals every day resulting in inflammation and metabolism disruption. (2)

Copious amounts of vegetables and some fruit