Kantor Was Called For Expert Opinion By David Lee Windecher.

Kantor Was Called For Expert Opinion By David Lee Windecher 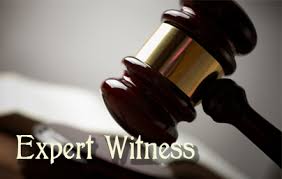 “I am very honored to offer my expertise in trials regarding substance abuse and mental illness,” said Dr. Keith Kantor, founder of NAMED. “Just as mental illness professionals recognize that a proper diet, nutrition and reducing inflammation are strong weapons in treating the various diseases that fall under the category of mental illness and addiction, so too do those in our legal system.

“Attorney David Lee Windecher definitely understands the correlation between proper diet and nutrition in regards to substance abuse, continued Dr. Kantor. “I believe that NAMED will see other attorneys also see this connection.”

David Lee Windecher was admitted to the Georgia Bar in 2012 and the Florida Bar in 2014. David is a member of the Georgia and Florida Court of Appeals, the Georgia and Florida Supreme Court, the Northern District of Georgia United States District Court and the American Bar Association. David graduated Summa Cum Laude from American Intercontinental University in 2005 and received his Juris Doctorate degree from John Marshall Law School in 2012. David started his career as an intern with the Dekalb County District Attorney’s Office, where he prosecuted misdemeanor and felony cases under the Third-Year Practice Act from May 2011 thru May 2012. Prior to establishing the Windecher Firm, David was an Associate Attorney at the esteemed criminal defense firm of Arora & LaScala from November 2012 thru June 2015.

David is the Author of The AmerIcan Dream | HisStory In The Making. He published the autobiography in May of 2015 to portray the difficulty of obtaining the American dream as an impoverished minority.

David is a recipient of Martindale-Hubbell’s Client Distinction Award in 2013 and 2014. He is a frequent guest on HLN’s Nancy Grace and NPR Radio as a legal expert. David specializes in criminal defense, juvenile law and expungement procedures.

Additional information on David Lee Windecher may be obtained at www.windecherfirm.com.