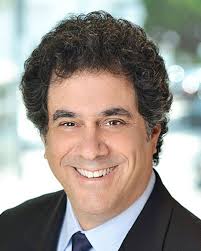 Suwanee, GA/October 30, 2015 –  Nutritional Addiction Mitigation Eating & Drinking (NAMED), a nutritional program that works with addiction withdrawal announces that it is partnering with internationally renowned speaker, author, and consultant, Randy Haveson, M.A.  Haveson is known for having created Party With A Plan that provides a practical and successful way for college students to drink alcohol while in college.  The program has been so successful that it has been made into a book, College Edition: The Guide to Successful Drinking (Blooming Twig Books, November 2015).  Haveson’s Party with a Plan utilizes a harm reduction model of low risk drinking choices while helping students identify signs and symptoms of a potential alcohol problem.  Unlike traditional teachings for college students that says ‘just say no’ or uses scare tactics, Party With A Plan uses research-based information to help students make better decisions in regard to alcohol. It also enables students to formulaically identify if someone has a drinking problem. This partnership will allow the NAMED program to better achieve its core functions of high quality nutrient dense foods, balanced nutrition menu and plan, a controlled clinical setting, counseling, and amino acid therapy.  Studies show that nutrition and its effects on the body are often overlooked, underestimating the powerful effect that being properly nourished has on the overall metabolism, organ function and mental health.  This is especially true for those overcoming addiction.  Under the NAMED. program, a precise nutritional plan and menu is developed that will keep the body functioning at its optimal level reducing symptoms and complications of addiction recovery.  The program was developed by Dr. Keith Kantor, a bestselling author and internationally renowned PhD in nutritional science known as the leading expert on using natural foods to mitigate disease in the United States.  The program is aimed for recovering individuals who are undergoing substance abuse recovery in a facility and works in tangent with those programs.

“We are delighted and honored to be working with Randy Haveson,” said Dr. Keith Kantor, founder of NAMED.  “Randy Haveson is a universally recognized name in the world of substance abuse and this partnership with him will allow NAMED to reach and help an often overlooked portion of the population with substance abuse problems – college students.”

The cornerstone to Party With A Plan is the 0-1-2-3 code.  The code includes:

Randy Haveson  is a 25-year veteran in the field of addiction with extensive experience as a treatment center counselor and Director of Health & Alcohol Education at highly accredited universities. Hitting the stage internationally, Randy is a welcomed speaker that exudes raw energy fueled magnetic charisma and the reliability of a best friend.

Randy Haveson, M.A. has been working in the counseling field since 1986. Since 1991 Randy has worked in and around higher education. He became the coordinator of health education programs on three university campuses around the country. His programs have received national recognition for their innovation and effectiveness in reaching college students.

In 1999 Randy became a full time professional speaker & consultant. He has spoken and consulted with students and professionals on dozens of campuses, including The University of Notre Dame, Brown University, and Johns Hopkins University. His innovative alcohol education program has been featured on CNN Headline News, Fox News Network, The Ricki Lake show, and on numerous radio stations across the country.

Developed by Dr. Kantor, a leader in nutritional science, NAMED develops precise nutritional menus for those undergoing substance abuse recovery.  The program is the only one in the world that concentrates on not stimulating the opiate receptors or even suppressing them naturally through specially designed menus. This lowers the cravings for the abused drug, increases the success rate and lowers the relapse rate. The program also lowers the inflammation in our bodies, which causes the insulin production mechanism in our bodies to malfunction.  Menus are added all the time and research is constantly ongoing to find natural ways to not stimulate or even suppress the opiate receptors plus balance the body’s Ph to help prevent inflammation.  The system works in a controlled environment in conjunction with conventional methods such as counseling, exercise, meditation, education and amino acid nutritional therapy. The concept behind the NAMED program is to increase the success rate of withdrawal and lower the relapse rate.

Additional information on Randy Haveson and Party With A Plan may be obtained at www.risespeaker.com.

Additional information on the NAMED. program may be obtained at www.namedprogram.com or www.dr.keithkantor.com.