Foods that help boost your mood 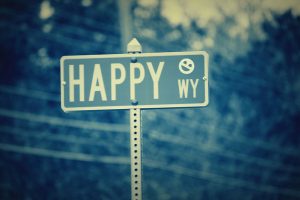 There is some science behind the theory that chocolate boosts our mood. A study done at the Nestlé Research Center in Switzerland recently found consuming 70% or more dark chocolate (1.4 ounces of it, to be exact) every day for two weeks reduced stress hormones, including cortisol, in people who were highly stressed,. Experts believe it could be thanks to the antioxidants in chocolate. Beware that 1.4 ounces of dark chocolate is 235 calories, make sure to factor that into your daily eating plan to avoid unwanted weight gain.

In a recent study of close to 3,500 men and women published in the British Journal of Psychiatry, those who reported eating a diet rich in whole foods in the previous year were less likely to report feeling depressed than those who ate lots of desserts, fried foods, processed meats, refined grains and high-fat dairy products. Previous studies have shown that antioxidants in fruits and vegetables and omega-3 fatty acids in fish are associated with lower risk of depression. Folate, which is a B vitamin found in beans, citrus and dark green vegetables like spinach, affects neurotransmitters that impact mood. It’s possible that the protectiveness of the whole-food diet comes from a cumulative effect of these nutrients. Whole unprocessed foods increase energy, which could result in increased activity, which also boosts mood. I recommend a ratio of 3:1 vegetables: fruit because fruit still contains natural sugars which in high amounts can have a negative influence on blood glucose.

Eating oily, fatty fish (salmon, tuna, sardines, rainbow trout) and mussels will give you omega-3 fatty acids. These healthy omegas are a key mood-boosting nutrient and one our bodies doesn’t produce on it’s own. Omega-3s alter brain chemicals linked with mood—specifically dopamine and serotonin. Low levels of serotonin, a good mood hormone is linked with depression, aggression and suicidal tendencies, while dopamine is a “reward” chemical that the brain releases in response to pleasurable experiences.